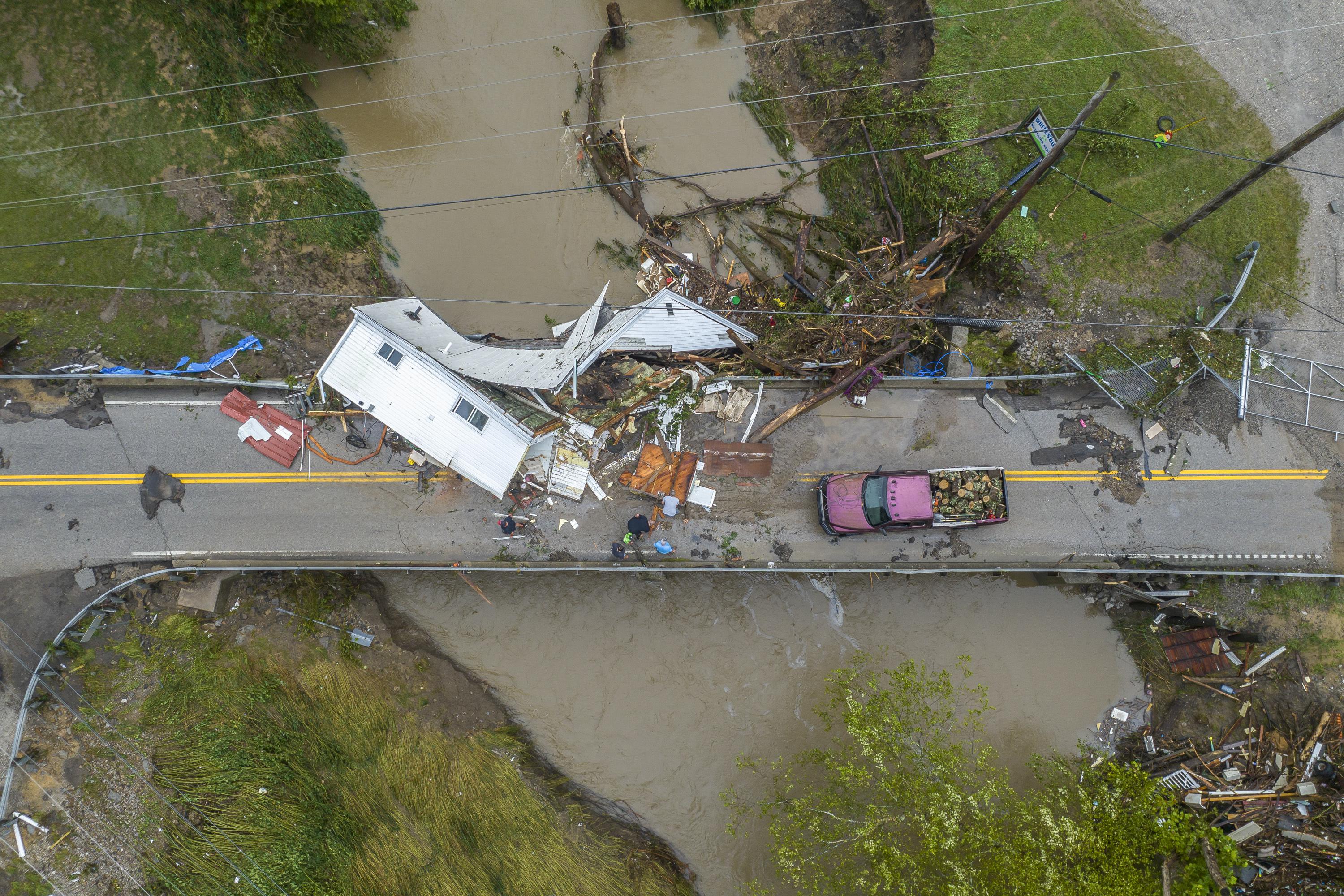 JACKSON, Ky. (AP) — Kentucky's governor said it could take weeks to find all the…

JACKSON, Ky. (AP) — Kentucky’s governor said it could take weeks to find all the victims of flash flooding that killed at least 16 people when torrential rains swamped towns across Appalachia.

More rainstorms are forecast in coming days as rescue crews continue the struggle to get into hard-hit areas, some of them among the poorest places in America.

The rain let up early Friday after parts of eastern Kentucky received between 8 and 10 1/2 inches (20-27 centimeters) over 48 hours. But some waterways were not expected to crest until Saturday and Gov. Andy Beshear warned the death toll could rise further.

“From everything we’ve seen, we may be updating the count of how many we lost for the next several weeks,” Beshear said. “In some of these areas, it’s hard to know exactly how many people were there.”…