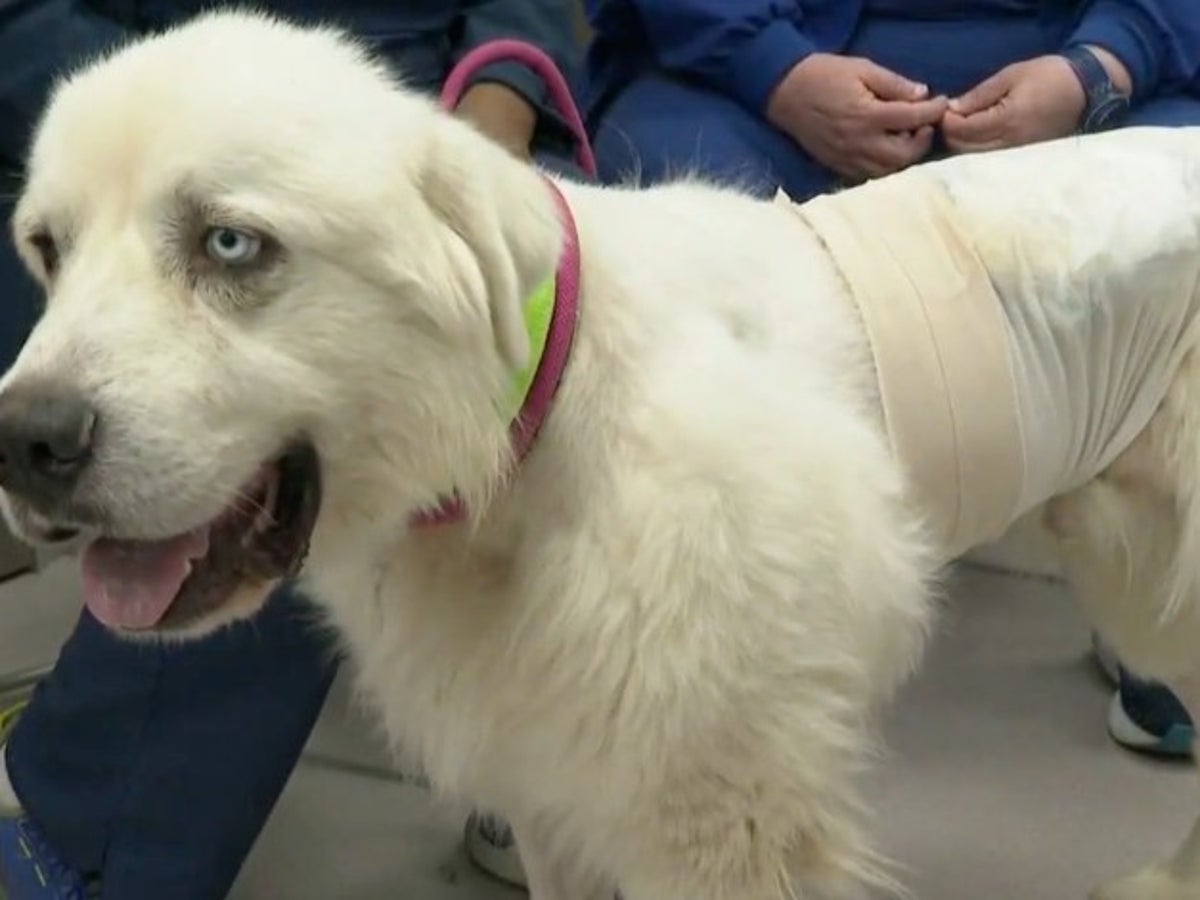 A heroic sheepdog is recovering after killing a pack of coyotes that attacked the flock he was protecting in Georgia.

Casper, a 20-month-old Great Pyrenees, fought off the wild animals in a bloody fight for more than 30 minutes at the end of which eight coyotes were dead.

Farmer John Wierwiller hailed the bravery of his sheepdog, who was left with skin and part of his tail torn off in the brutal fight.

Mr Wierwiller from Decatur, told Fox5 that his dog ran off after the fight but returned home wounded two days later…