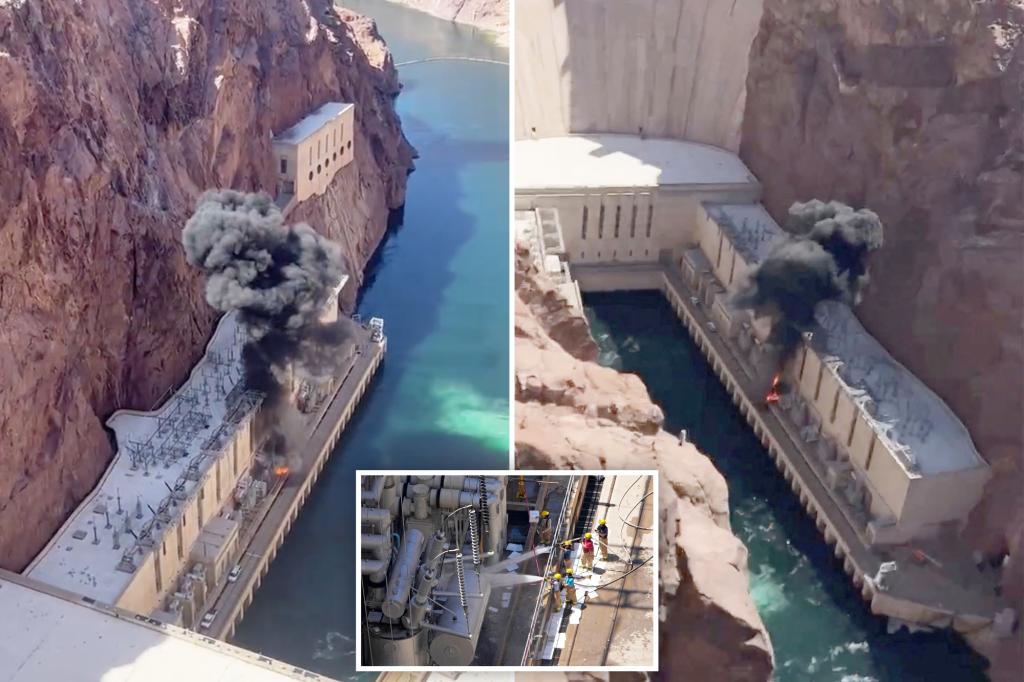 Firefighters respond to Hoover Dam after explosion caught on video

A large explosion rocked the Hoover Dam during a tour of the facility early Tuesday,…

A large explosion rocked the Hoover Dam during a tour of the facility early Tuesday, dramatic video shows.

A clip posted to Twitter minutes after 10 a.m. local time showed a huge plume of smoke emanating from the dam along the Colorado River on the border of Nevada and Arizona.

“Touring the #hooverdam and heard an explosion #fire,” the visitor, Kristy Hairston, tweeted.

An official giving a tour of the 726-foot concrete structure told visitors to get their cellphones and cameras out to catch footage of the blast.

Published in Environmental, Health News, Opinion and US News