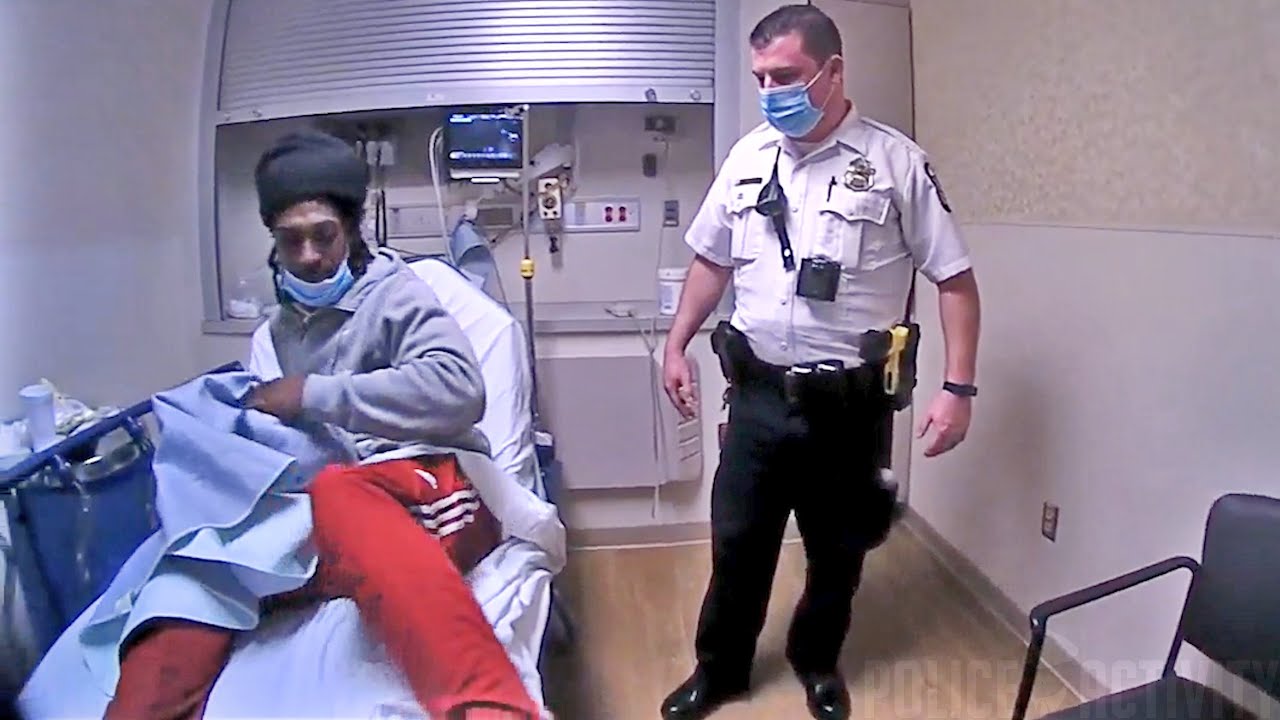 At 12:41​ Columbus Police Officers Ryan Krichbaum and Andrew Howe are dispatched to St. Ann’s to take Jackson into custody. The second video from Officer Krichbaum’s body worn camera starts at 1:42​pm., Officers Krichbaum and Howe are seen preparing Jackson for transport to the Franklin County jail. The officers are seen searching Jackson’s pockets. Officer Krichbaum appears to discover something and signals to Officer Howe. He says, “Get his arms behind his back right now,” and a struggle between the officers and Jackson begins. During the struggle, Jackson can be heard saying “I’m giving it to you man.” Police said the video shows Krichbaum tasing Jackson, taking him to the ground, where he continued to resist.

A short time later, police said the video shows Jackson’s gun fire. Police said the bullet visibly left Jackson’s pocket and Krichbaum is seen struggling to disarm him. Howe is seen in the video firing his gun, but it malfunctioned. After the initial shots were fired, Jackson is down on the ground with officers pointing guns at him. Jackson is ordered to put his hands in the air several dozen times over the course of the next five minutes. Jackson told officers that he was leaning on the gun at one point. A Taser is eventually used on Jackson again. After the Taser was fired, a gun was fired, followed by a series of gunshots. Officers are then heard calling for medics to assist Jackson. An initial investigation by the Ohio Bureau of Criminal Investigation confirmed that Jackson was armed with a gun and fired shots.

Published in Crime, Drugs, Health News, Law and US News