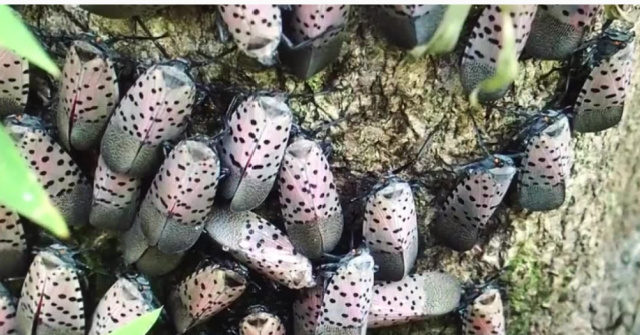 A Child's Submission at State Fair Results in Federal Investigation

A Kansas boy submitted a lanternfly in the State Fair, earning himself a blue ribbon…

A Kansas boy submitted a lanternfly in the State Fair, earning himself a blue ribbon and prompting a federal investigation.

The lanternfly had not yet been spotted in Kansas when the student submitted his bug collection to H-4 judges. According to the Hutchinson News, an entomology judge quickly identified the insect as the extremely invasive lanternfly. “We had one entomology issue. It was a dead one, but it was in a critter box,” explained Fair Board Member Gregg Hadley, who also serves as director of the extension at Kansas State Research and Extension.

The child who submitted the specimen had no idea that the insect was a member of an extremely invasive species. “They believe it came in on a camper,” Hadley said.

A member of the board reported the bug’s presence in Kansas to USDA Animal and Plant Health Services (USDA APHIS) which has launched an investigation into the matter.

The student found the insect dead on his family’s patio in May, National Policy Manager of USDA APHIS Erin Otto informed the Washington Post. As lanternflies usually populate in July, it was probable that the insect died last year, as the specimen was “worn and desiccated,” Otto explained in a written statement to the outlet.

The fly wreaks havoc on over 70 different species of plants due to the contents of the insect’s excrement, which encourages mold on plants and blocks access to sunlight. Mainly the states of Pennsylvania and New Jersey have borne the brunt of the fly’s destruction.

Forty-five counties in both Pennsylvania and New Jersey are under quarantine efforts to stop the infestation. Residents in areas under quarantine are encouraged to follow a checklist before driving their vehicles to another county to reduce the spread of the eggs and the bugs.

The Pennsylvania Department of Agriculture emphasizes the need to report sightings of the insects to the appropriate authorities on the department’s website: “If you see a spotted lanternfly, it’s imperative to immediately report it online or via phone by calling 1-888-4BADFLY. Especially if you are not inside the quarantine zone.

What else? Kill it! Squash it, smash it…just get rid of it. In the fall, these bugs will lay egg masses with 30-50 eggs each. These are called bad bugs for a reason, don’t let them take over your county next.”

Published in Agricultural, Nature and US News