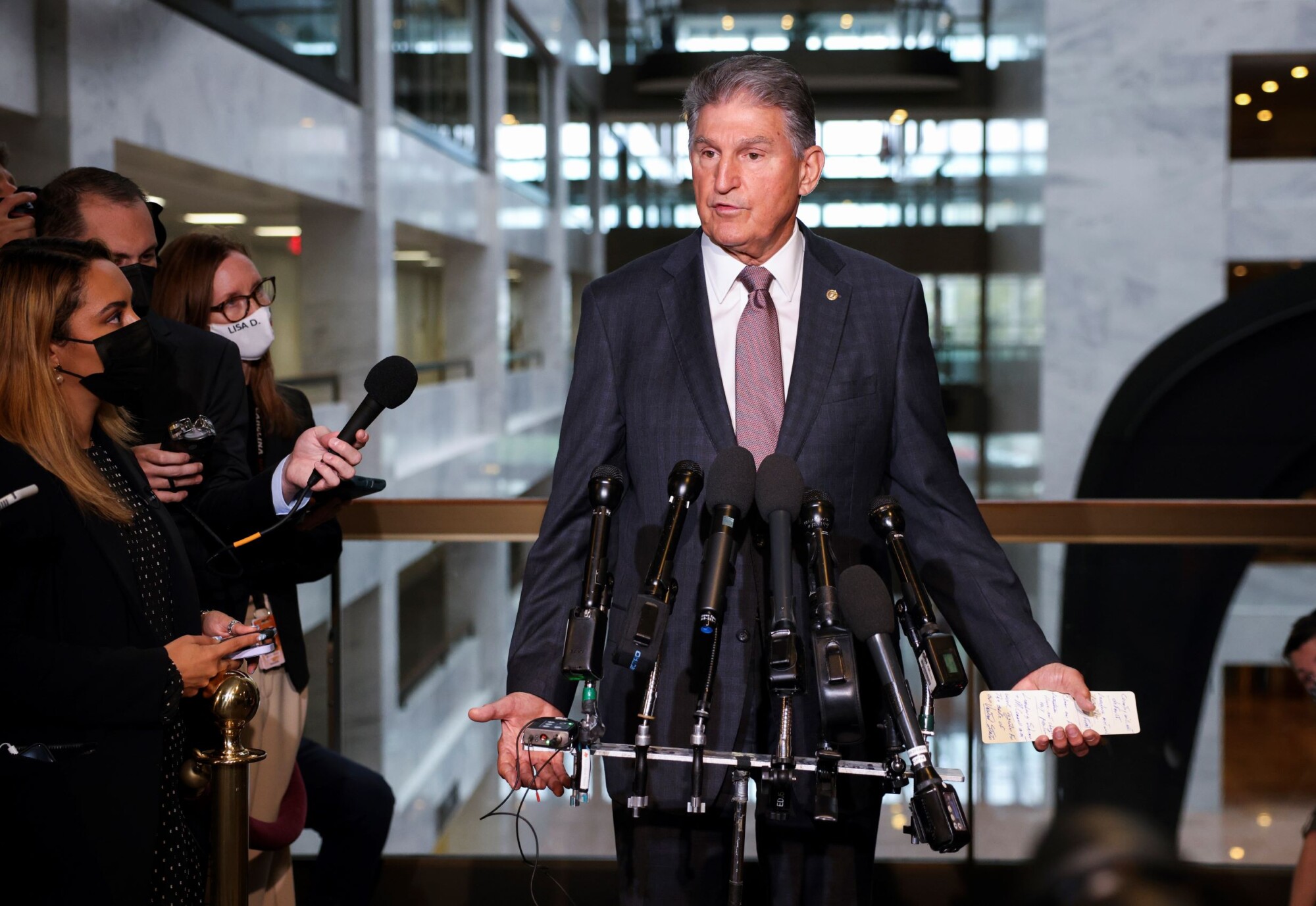 The intra-Democrat power struggle intensified this week as two top senators clashed over what one of their states needs.

Sen. Bernie Sanders (I-Vt.)—technically an independent, but who ran for the Democratic presidential nomination twice and regularly votes with the party—started the spat by penning an op-ed in a West Virginia newspaper that’s essentially a press release for President Joe Biden’s agenda, promoting what supporters say would be accomplished if Democrats ram a $3.5 trillion budget package through Congress.

The bill “is an unprecedented effort to finally address the long-neglected crises facing working families,” he wrote.

Sanders noted that the package is opposed by virtually every Republican and thus requires all Democrats in the upper chamber to support it, even using a process called reconciliation that lowers the threshold in the Senate from 60 to 50 votes. Democrats can break ties because they hold the White House.

“Poll after poll shows overwhelming support for this legislation. Yet, the political problem we face is that in a 50-50 Senate we need every Democratic senator to vote ‘yes.’ We now have only 48. Two Democratic senators remain in opposition, including Sen. Joe Manchin,” Sanders wrote.

Manchin (D-W.Va.) about an hour after the piece was published fired off a statement to reporters and on social media.

“This isn’t the first time an out-of-stater has tried to tell West Virginians what is best for them despite having no relationship to our state,” he said.

“Millions of jobs are open, supply chains are strained and unavoidable inflation taxes are draining workers’ hard-earned wages as the price of gasoline and groceries continues to climb. Senator Sanders’ answer is to throw more money on an already overheated economy while 52 other Senators have grave concerns about this approach,” Manchin said.

The longtime moderate reiterated his call for Congress to “proceed with caution on any additional spending” and vowed not to vote for “a reckless expansion of government programs,” adding, “No op-ed from a self-declared Independent socialist is going to change that.”

The public fight is the latest in a series of spats that have spilled from behind closed doors to the public sphere as so-called progressives and radical lawmakers like Sanders try to pressure Manchin, Sen. Kyrsten Sinema (D-Ariz.), and other moderates to support the budget package.

Manchin and Sinema have stood strong and have called on the House of Representatives to pass a bipartisan infrastructure bill that was passed with votes from both parties in the upper chamber.

House Speaker Nancy Pelosi (D-Calif.) has delayed a vote on that bill multiple times because the Congressional Progressive Caucus said its members would not support it unless the House first passed Biden’s package. Most Republicans in the lower chamber also oppose the bill, meaning there’s not enough votes to approve it.

Sanders publicly urged colleagues in the House not to vote for the infrastructure bill as they try to leverage the legislation to get the larger piece passed. Manchin, meanwhile, has refused to approve a budget package totaling more than $1.5 trillion, an amount progressives say is too low.

The back-and-forth Friday was presaged by Sanders dinging Manchin in a press conference on Wednesday, claiming it is “not fair” that “one or two people think that they should be able to stop what 48 members of the Democratic caucus want, what the American people want, what the president of the United States wants.”

Manchin has downplayed the rift in previous comments before his latest statement.

From The Epoch Times

Published in Political News, Socialism and US News