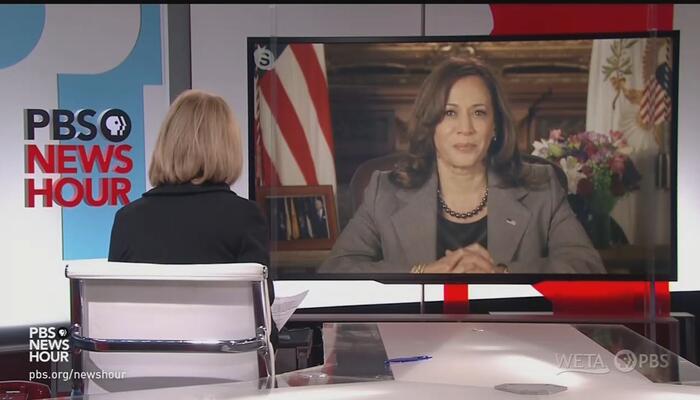 On January 6, Vice President Kamala Harris shamelessly attempted to compare the Capitol riot to Pearl Harbor and 9-11. Later that day, she was interviewed by Judy Woodruff on the PBS NewsHour, who asked absolutely nothing about that rhetoric. Instead, Woodward complained to Harris about election lies and poor attitudes and “deep polarization” — as if the media have no role in all this. She began with a series of 1/6 softballs:

Your tax $ at work: On 1/6 anniversary, PBS @NewsHour anchor Judy Woodruff throws riot softballs at Kamala Harris. You and Joe gave "very forceful speeches." No question or mention about comparing it to 9/11 and Pearl Harbor. pic.twitter.com/earNtCiL7M