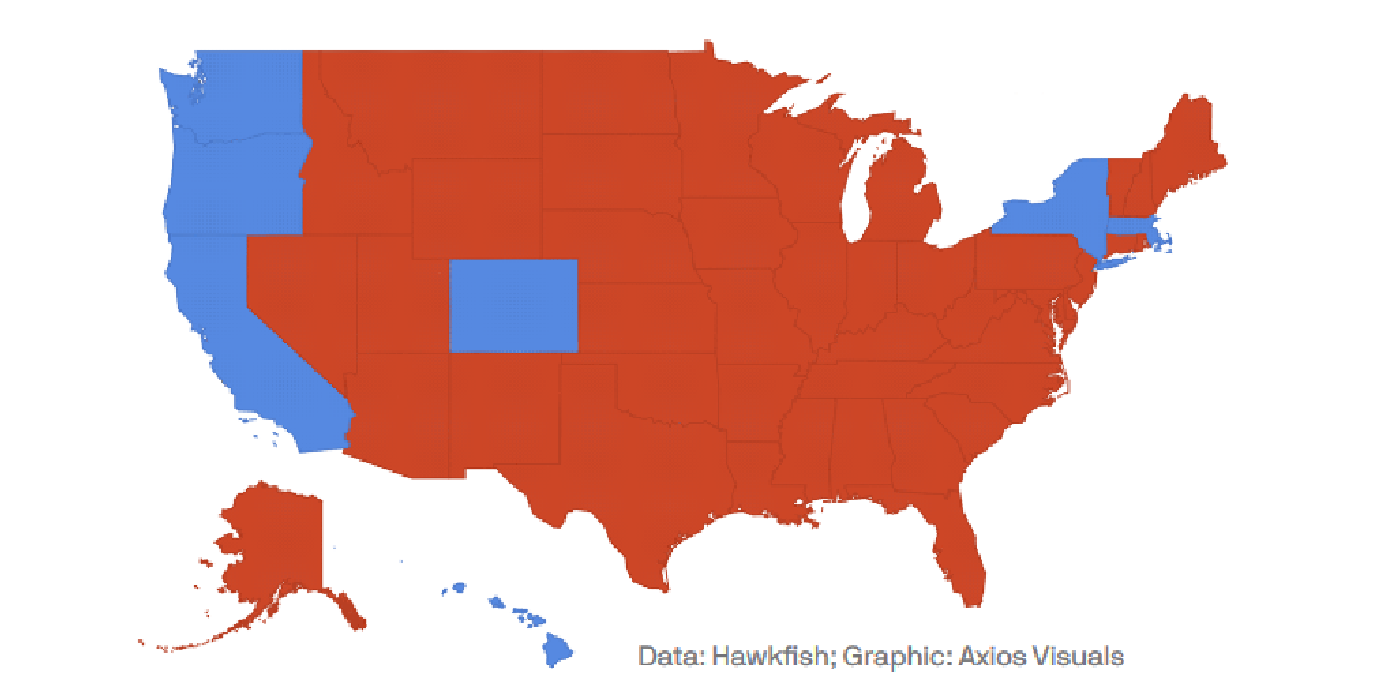 Surrogates for Democrat presidential nominee Joe Biden set the stage for precisely how they intend to implement their vote-fraud nightmare during the November election, even if President Donald Trump appears to have an Election Day landslide, reported Axios.

NEW: A top Democratic data firm Hawkfish warns that it’s highly likely that Trump will appear to be way ahead on election night, but could ultimately lose when all the votes are counted in the ensuing days and weeks. https://t.co/YVfhOycHNf

Democrats during the party’s recent convention urged people to vote early using mail-in ballots in order to make sure their votes were counted, all the while fearmongering—without evidence—that Trump officials might weaponize the post office.

But that appears little more than a subterfuge to sow chaos, driving up the numbers of mail-in ballots even if the coronavirus concerns used to justify them have abated before November.

The reason became clear after pro-Biden analytics firm Hawkfish added a new piece to the puzzle—one that is as likely as the Left’s recent post-office hoax to become another phony talking point driven by the mainstream media.

The firm said that a landslide victory by Trump on the eve of the election would, in fact, mean nothing since the mail-in votes would only deliver a resounding victory for Biden well after the votes had been cast—and once Democrats know exactly how many extra votes they would need to win in each tossup state.

“When every legitimate vote is tallied and we get to that final day, which will be some day after Election Day, it will in fact show that what happened on election night was exactly that, a mirage,” Hawkfish CEO Josh Mendelsohn said, according to Summit News.

“It looked like Donald Trump was in the lead and he fundamentally was not when every ballot gets counted,” Mendelsohn said, framing the Democrats’ strategy as a hypothetical scenario.

However, failed 2016 candidate Hillary Clinton already has come out urging Biden not to concede “under any circumstances.”

Meanwhile, her former top aide, John Podesta, has been involved in a left-wing operation similar to military “war games” in which Trump adversaries run through various scenarios for how they might overthrow a contested election.

One of those involves Michigan, a crucial battleground state, sending rival electors to support both of the candidates, thereby making the outcome of the race indeterminate by time of the Jan. 20 inauguration.

With the official terms of Trump and Vice President Mike Pence having expired, that would leave radical leftist House Speaker Nancy Pelosi as the president by default.

In another scenario, if Trump were to win the Electoral College but lose the popular vote, the leftist operatives suggested that Oregon, Washington and California might attempt to secede from the union, perhaps triggering a second civil war (with China and Russia, no doubt, playing much bigger roles this time around).

But if Democrats allow blue states to drive up the popular vote by letting ineligible voters commit vote fraud—evidence of which has been well documented in prior elections—then this outcome may be, politically speaking, the best-case scenario for Trump.

As Trump and many others have warned, the potential for massive amounts of fraud through mail-in voting will be greater than ever.

Democrats have a long history of attempting to wage legal challenges in narrowly contested elections only to find mysterious bags of uncounted ballots turn up in the unlikeliest of places.

Top Democrat attorney Marc Elias has been at the forefront of many of those efforts, prompting Trump during the aftermath of the 2018 elections to refer to him as the Left’s “best Election stealing lawyer.”

I am getting a lot of questions about the November election. While states can set their own primary days, the federal general election is set by federal statute as the the Tuesday following the first Monday in November. This date cannot be changed by a state nor by the President. https://t.co/jxHCLW4MZ4

Many Twitter users responded to the Hawkfish claims about an Election Day ‘mirage’ with due skepticism.

Because @TheDemocrats will have to figure out:

“A top Democratic data firm…” predicts Trump will win the election but only until they get their hands on it. This seems a mite suspicious.

Some, likewise, pointed out the hypocrisy that the Democrats have long accused Trump of doing exactly what they seem determined to brazenly attempt in plain sight.

The Dems already have their narrative set not to concede. They’re always guilty of what they accuse their enemies of doing. Always.

But the Democrats seem confident that they can use their media allies to gaslight enough of the public into going with the flow and using the threat of continued violence, if necessary, to coerce the rest into accepting their dubious scheme.