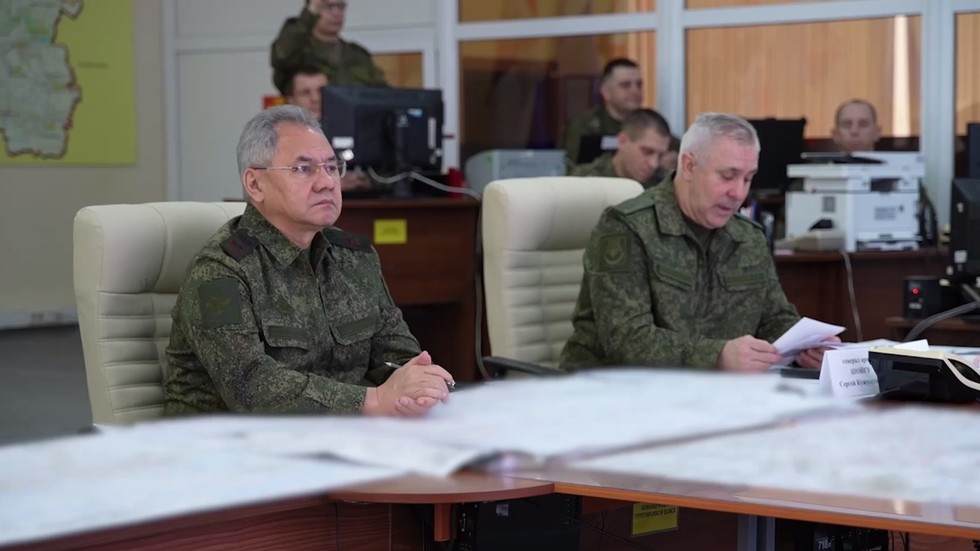 Sergey Shoigu spoke with commanders and awarded medals to troops, according to the ministry

Russian Defense Minister Sergey Shoigu has inspected the headquarters of the ‘East’ grouping of forces taking part in the country’s military operation in Ukraine, the Defense Ministry said on Tuesday.

During his visit Shoigu heard reports from commanders on the current military situation on the ground and the maneuvers performed by Russian units, the ministry said in a statement.

The minister paid special attention to the organization of comprehensive supplies for frontline troops, the construction of fortifications, and the creation of conditions for the safe deployment of servicemen in the field, as well as the work of medical and rear units, it added.