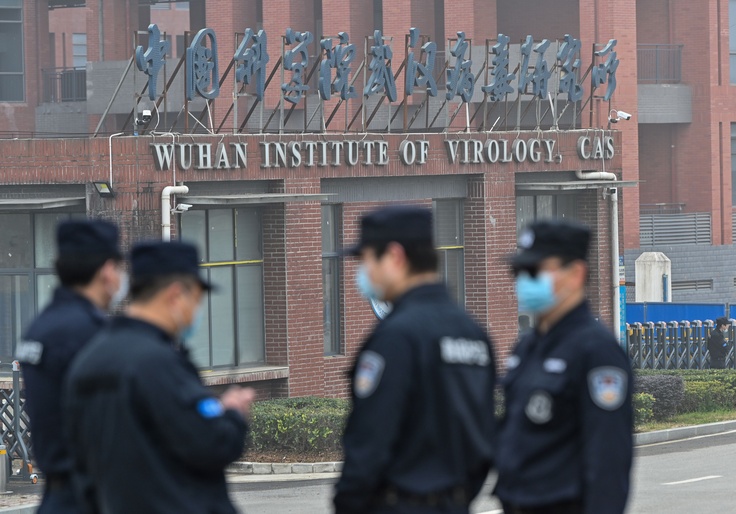 Federal records show the U.S. government is partnering with the Wuhan Institute of Virology even…

Federal records show the U.S. government is partnering with the Wuhan Institute of Virology even though the Trump administration pledged to ban funding for the Chinese laboratory located at the epicenter of the coronavirus outbreak.

President Donald Trump promised that he would “end” public funding for the Wuhan Institute of Virology during an April 17 press conference. Despite his promise, the National Institutes of Health has left untouched a 2019 neuroscience research grant that disbursed hundreds of thousands of dollars to the Chinese laboratory, according to a federal expenditure database. The NIH earmarked most of the $4.3 million grant to U.C. Irvine, which the California public university used to funnel $216,108 in taxpayer money to a Wuhan Institute of Virology researcher as a “sub-grant.”

The Trump administration previously cracked down on a different U.S.-based group that occupied a similar intermediary role between the NIH and the Chinese lab. The Trump-era NIH temporarily stopped funding a bat coronavirus research project managed by New York-based environmental nonprofit EcoHealth because nearly $600,000 of the $3.7 million grant went toward the Chinese institute. The NIH later reinstated some of the funding after intense blowback from academics but imposed hefty conditions on its usage that EcoHealth said would “effectively block” it from finishing the bat coronavirus research project.

U.C. Irvine also funneled some of its NIH grant money to the Wuhan Institute of Virology, but the California university appears to have been spared the funding restrictions imposed on EcoHealth: The database shows that the U.C. Irvine project remains fully funded to this day. The taxpayer-funded grant supported the publication of two academic articles, including one that was published months after Trump pledged to suspend government funding for the Chinese lab.

Justin Goodman, vice president of the White Coat Waste Project, a government watchdog group, said the U.S. government should suspend all ties to the Chinese laboratory.

“Shipping U.S. tax dollars to a notorious CCP-run animal laboratory lab … is a recipe for disaster,” Goodman told the Washington Free Beacon. “Taxpayers should not be forced to bankroll this reckless research, and it’s incredibly troubling that the Wuhan Institute still has authorization to keep getting our money.”

The NIH previously received bipartisan criticism for its research ties to the Wuhan Institute of Virology, which some U.S. officials say accidentally leaked the coronavirus to the general public. State Department reports warned that the Wuhan Institute of Virology had significant safety issues as far back as 2018. The World Health Organization said it is “unlikely” that the virus leaked from the laboratory, but China has frequently stonewalled WHO investigators from accessing information about the virus’s origins.

Luo was listed as a coauthor in both of the academic articles published with the support of the NIH grant.

Goodman said the NIH’s opaque funding practices could be concealing even more examples of taxpayer money going toward the Chinese laboratory.

“These grants … are very secretive and not transparent,” Goodman said. “Often it’s impossible to connect the dots between foreign and U.S.-based institutions using NIH’s database.”

U.C. Irvine did not respond to a request for comment.