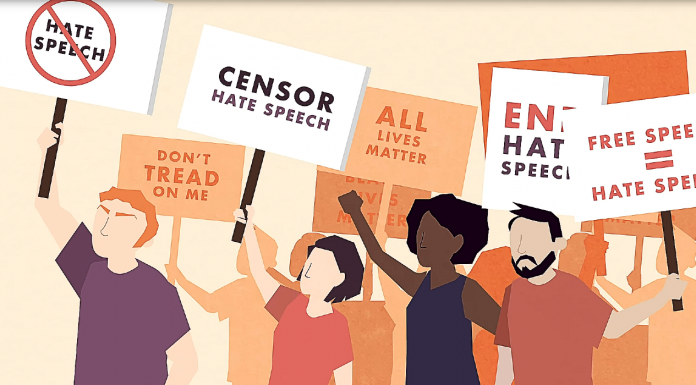 The Canadian government has banned the use of the “Let’s Go Brandon” chant by public employees, according to a PJ Media report.

In a memo last week, an official warned that “the use of the wording ‘Let’s Go Brandon’” and any circumstances is impermissible.

Further, any state employee using the wording will be fired immediately.

“Violation of this policy,” the notice says, “will be grounds for immediate dismissal without recourse or labour union representation.”

Although framed as general rule, the inclusion of the “Let’s Go Brandon” phrase in particular reveals the intent of the Canadian bureaucrats.

According to the memo, the government will vet personal correspondence to ensure that the phrase is not used.

The “Let’s Go Brandon” chant has been widely embraced as a symbol for how tired people are of state and private regulations, the tedious web of rules that governs all of social life and the brazen gaslighting of media elites in their efforts to paint an overly rosy picture of failed leftist policies.

The Canadians have responded by increasing surveillance and regulation.

For the past month or so, crowds at various sports events have started chanting “F*** Joe Biden” to show their displeasure with the president.

The chant originated at a NASCAR track, where the crowd chanted “F*** Joe Biden,” but the NBC executive translated it as “Let’s Go Brandon.”

Announcer: “As you can hear the chants from the crowd, ‘Let’s go Brandon’.”

Soon a popular TikTok personality, Loza Alexander, created a song based on the chant.

But the rapper behind a viral “Let’s Go Brandon” song was suspended by TikTok for “bullying.”

The song even topped Apple Music’s rap and hip-hop genre on Thursday, and sold more than 500,000 units.

Published in Corruption in the Media, Political News and World News