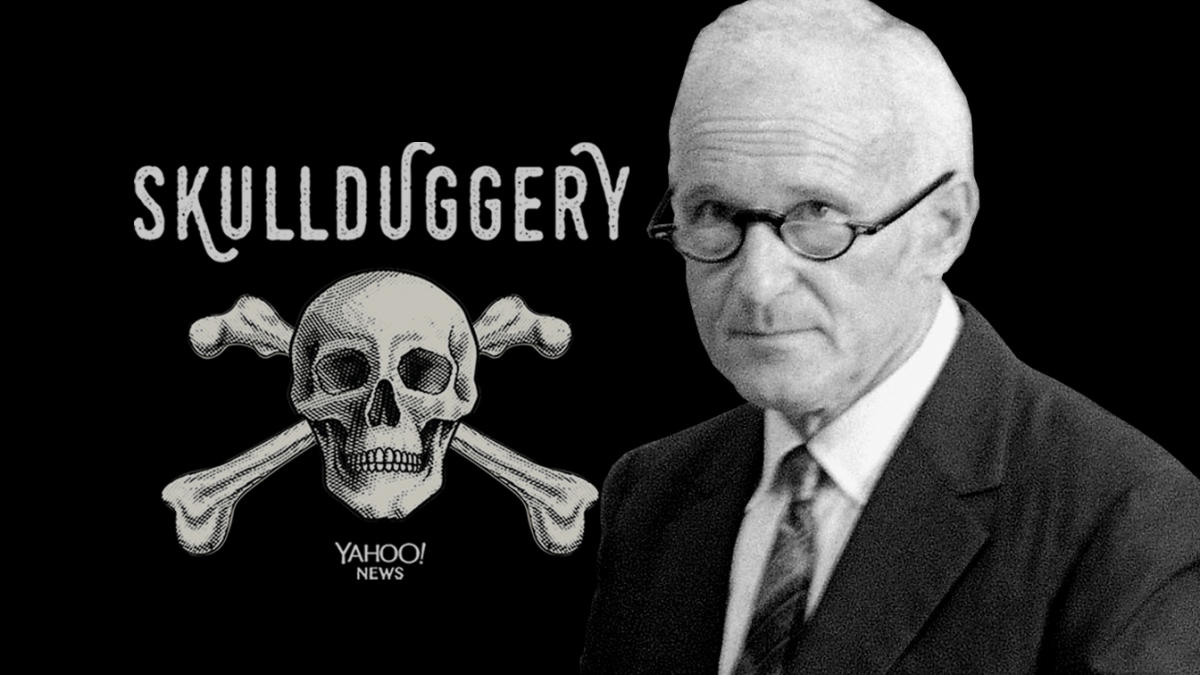 In a new episode of the Yahoo News podcast “Skullduggery,” Michael Isikoff and Daniel Klaidman…

MK-Ultra was the code name for a notorious government mind control program conducted in the 1950s and 1960s in which the CIA directed scientists to dose unsuspecting human guinea pigs with LSD and other drugs. The program was recently back in the news when a juror in the case of one of those guinea pigs — the late Boston mobster Whitey Bulger, whom the CIA had injected with LSD when he was a young prison inmate — said she wouldn’t have voted to convict him of 11 murders had she known what the U.S. government had done to him. Bulger, who was given LSD over 50 times, would go on to terrorize South Boston as the notoriously violent leader of the Winter Hill Gang.

In a new episode of “Buried Treasure,” a regular feature of the Yahoo News podcast “Skullduggery,” Michael Isikoff and Daniel Klaidman interview historian and journalist Stephen Kinzer, the author of the new book “Poisoner in Chief: Sidney Gottlieb and the CIA Search for Mind Control.” It’s a biography of the man behind MK-Ultra, a chemist named Sidney Gottlieb, who also devised poisons the agency used to try to assassinate foreign leaders such as Fidel Castro and Patrice Lumumba. What follows is an edited transcript of the interview.

Yahoo News: Let’s just start out by telling our listeners about Sidney Gottlieb. Who was he?

Stephen Kinzer: I’ve devoted a lot of my career to try to find out what happens behind the facade of public politics and public diplomacy that we can see. I’ve discovered a lot of things in the course of that research. … This is the first time I’ve been shocked. I still can’t believe that this happened, that there was such a thing as MK-Ultra and that there was such a person as Sidney Gottlieb. He lived in total invisibility. So in a sense, my book is the biography of a man who wasn’t there.

You approached a former director of the CIA, who professed not to know who Sidney Gottlieb was.

Gottlieb has faded away almost entirely, and that was his desire. He was conducting the most extreme experiments on human beings that have ever been conducted by any agency or officer of the U.S. government. He had what was, in effect, a license to kill. … Gottlieb was probably the most powerful unknown American of the 20th century.

Is it possible that one reason Sidney Gottlieb has escaped attention is because the CIA never confronted … the awful things he was doing?