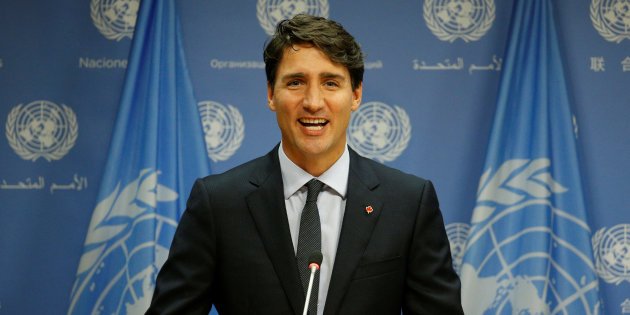 Under the “leadership” of Prime Minister Justin Trudeau,  personal and family-debt are presently at an all-time high. The same applies to national deficit levels. Now, we discover that personal bankruptcies in Canada are at their highest levels in over a decade.

CAP has a specific theory about all this debt accumulation: it is done on purpose by the Trudeau government. Why?

— Because all this debt makes billions of dollars of interest profits on behalf of globalist banking.

— Trudeau and his global backers are working to bankrupt Canada for the purpose of re-inventing our nation as a non-democratic, socialist-oriented society.

— The globalists are working to trans-sition Canadian citizens to nation-state debt slaves for the purpose of making our entire nation dependent on government--another sure-fire sign of our pending transfer from democracy to dictatorship.

Think about it–what is the commonality in this regard in terms of hundreds of thousands of so-called “refugees” pouring into Canada? Quick answer–these people are also entirely dependent upon government for survival.

CAP Question Time: Within communist nations, to what degree are citizens reliant upon government? Simple– a cool 100%.

Getting the picture, fellow patriots? Justin Trudeau is working to transform 37.5 million Canadians into a nation of people perpetually reliant upon government for their survival.

Justin Trudeau refers to this as “post-modern” Canada. CAP refer to this as our nation being stolen, hi-jacked, and transformed into a socialist nation without Canadians having a say in the matter.

According to Post Millennial News, elevated debt levels could be harming Canadian households, as the nation hit the highest level of insolvencies in a decade during the month of October.

According to a report from the Globe and Mail, new figures from the Office of the Superintendent of Bankruptcy show “there were 13,200 consumer insolvencies in October,2019,  up 13.4 percent from a year ago.”

Now, let us flip to the “b-side” of the situation–the increases to African and Middle Eastern nations under the iron-clad grip of Emperor Trudeau:

Canada  will increase its spending to 1.4 billion Canadian dollars by 2023 from C$1.1 billion currently, he announced at the world’s largest conference on gender equality, We Deliver, positioning his country as a leading donor internationally.

Breaking this down, here is what we find: Canadian household debt, national deficits, and personal bankruptcies are at historically high levels. How do the Trudeau government respond? By increasing funding for gender equality in Africa by 27%.

Call CAP paranoid–you would be far from the first– but we maintain this entire scenario is a pre-meditated globalist plot to bankrupt our nation, and that PM Trudeau is the leader of this nefarious globalist plot.

Don’t believe the hype? Check this out:

In 2016, Prime Minister Justin Trudeau committed $465 million to Afghanistan, including $270 million for development assistance and $195 million for security support.. The funding is being used to sustain the Afghan National Defence and Security Forces, and to help the Afghan government provide basic services to Afghani citizens.

Quite. Note the messaging– Trudeau gives Afghanistan nearly half a billion dollars to this fundamentalist Islamic nation’s army.  A large chuck of the funds go toward “basic services” for Afghani citizens.

Please–someone, anyone–what benefit does this provide to the people of Canada? Try nothing at all. Still,  CAP can think of one Canadian who would be pleased– MP Maryam Monsef, Justin-appointed Minister of Status of Women.

After all, she moved to Canada from Afghanistan. Or was it Iran? Darn–we don’t even know the national origin of  this admitted sharia-law enthusiast--and yet Trudeau appointed Monsef to his 2015 Liberal cabinet.

Okay, let’s see CBC deny this. How about Toronto Star, or National Post? Of course, none have denied it--for a simple reason– they don’t write about any of this period. In this manner, establishment media function in a similar capacity to media in China-– always protecting their “Chairman” from coming across badly within national media presentation.

Corporate and personal bankruptcies in Alberta have also grown, according to the CBC. Areas like Calgary, have notably been left with vacancy rates approaching 30% in downtown cores as they struggle to compete in a downturn economy while lacking critical infrastructure projects such as pipelines.

In truth, we have all the evidence we need to support these claims. This is not the problem. The true obstacle resides in an issue of dissemination of the information. Mainstream media bury all this in their “post-modern” role of protecting the pseudo-democratic Trudeau government.

As a result, a mere fraction of Canadian society come to comprehend these critical social and political developments. How many years or decades of this dynamic need to exist before Canada transitions from democracy to dictatorship?

Ah yes–the billion dollar question. CAP will guess at between 30-50 years. Somewhere along this timeline, democracy will die, and Canada will become a one-party state backed by a one-media propaganda machine called the CBC.

Game over, freedom and democracy in Canada. It was nice while it lasted. Then, Pierre Trudeau became prime minister of our nation.