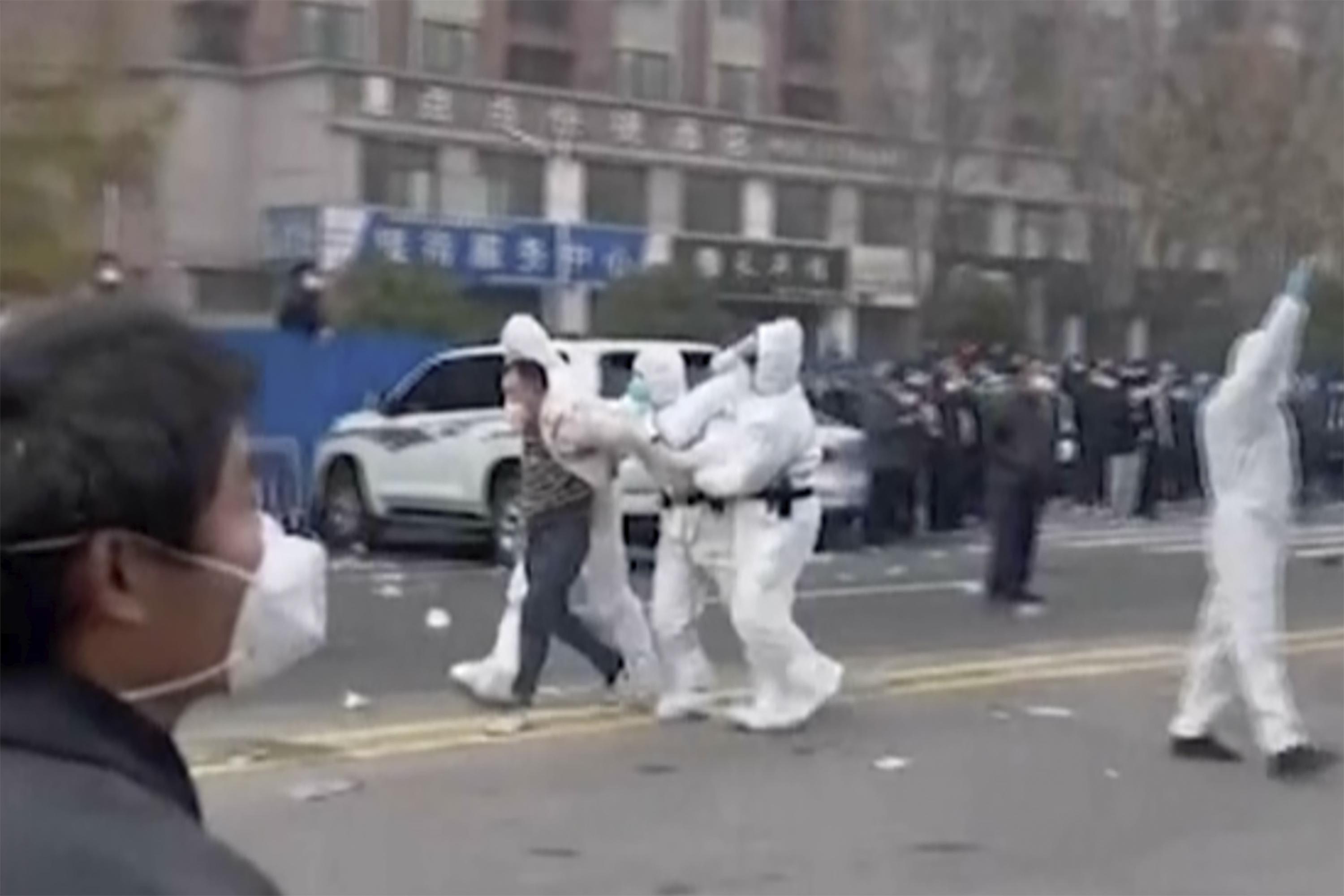 By JOE McDONALD and ZEN SOO

BEIJING (AP) — Police beat workers protesting over a pay dispute at the biggest factory for Apple’s iPhone, whose new model is delayed by controls imposed as China tries to contain a surge in COVID-19 cases.

Foxconn, the biggest contract assembler of smartphones and other electronics, is struggling to fill orders for the iPhone 14 after thousands of employees walked away from the factory in the central city of Zhengzhou last month following complaints about unsafe working conditions.

China’s status as an export powerhouse is based on factories such as Foxconn’s that assemble the world’s consumer electronics, toys and other goods.

The ruling Communist Party is trying to contain the latest wave of outbreaks without shutting down factories and the rest of its economy as it did in early 2020. Its tactics include “closed-loop management,” under which workers live in their factories with no outside contact.